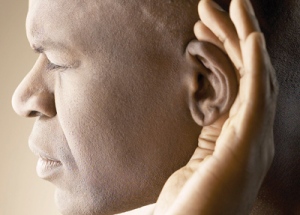 Not only do we hear external voices that come from people but we also hear the internal voices from within us. We hear the voice of our flesh which speaks to us through the urges of wanting to have our favorite food or beverage. It can also be the voice of our emotions that has that nagging argument within us because a certain person has offended us. We say to our self that we are going to let the situation go but in our heart the issue is not over because we have not had the last word. With all of these competing voices that we hear either external or internal we can sometimes struggle to recognize when the Lord is speaking to us directly. One example of this in the scriptures was when a young man name Samuel began to hear the Lord calling his name. He first thought it was Eli the High Priest calling him but he did not recognize that it was the Lord calling him (I Samuel 3:1-10). For us to learn how to recognize when the Father is speaking to us, I believe there are three things that we have to do in our relationship with the Lord. The first thing that we should do is to recognize when the Father is speaking to us. The second thing that we have to do is to learn to trust what the Father is saying to us. Finally, when we come to understand what the Lord is saying to us we must obey what He is saying and not get stuck in a halfway point.

Now the Lord had said to Abram: “Get out of your country, From your family And from your father’s house, To a land that I will show you. I will make you a great nation; I will bless you And make your name great; And you shall be a blessing. I will bless those who bless you, And I will curse him who curses you; And in you all the families of the earth shall be blessed.” So Abram departed as the Lord had spoken to him (Genesis 12:1-4).

Recognizing when the Father Speaks

To be able to recognize when the Father is speaking to you means first looking at the examples of How he spoke with others in the word of God. When we read how the Lord spoke to Abram, the word of God does not give us the background information on how long it took for him to recognize when the Lord spoke to Him. It does not tells us that it took one year, five years or longer before he became familiar with the Lord’s voice. However, in Genesis 12, it tells us that the Lord spoke to Abram to leave his father’s house and his country. The Lord spoke to Abram and he responded immediately to the directions of the Lord without any hesitation or second guessing if he had heard from the Lord. The record of Abram encounter with the Lord might not be the same for you and me as we begin to recognize when the Father speak to us. The Lord may choose to use a different experience which could be immediate or a slower process that would help to build up our faith to learn His whispers or His strong thundering of voice.

When a child is born into the world, the child does not have the ability to communicate to his parents on his own. As the child and the mother spend time together, the child through the bonding process with his mother develops the ability to recognize her voice. If the child becomes hungry, unable to sleep or needs his diaper changed, the mother is able to discern the child cry and attend to their need. Overtime a child begins to recognize his mother’s voice that she will provide comfort, covering and provision for his needs.

I believe the same way that the Lord places into the heart of a child the ability to learn his parent’s voice the Lord also provides His grace for us to recognize His voice. As believers we have to posture ourselves in wanting to hear from the Father having an expectation that He will speak to us. We have to spend time meditating in God’s word rehearsing it back to ourselves day and night (Psalms 1:2). As we meditate on His word not just to speak to our circumstances but also to ourselves, it will help us to develop an ear to hear what the Lord is saying to the church (Revelation 2:7).

We must not accept any substitutes

Another way that we come to recognize when the Father is speaking to us is when we make the decision to trust what we are hearing is coming from Him and not another source. In example of this would be from the two men who chose to accept a substitute word over the word of the Lord. The two men’s decision to get accept the substitute over the word of the Lord got one of them killed and the other barely escaped with his life in 1 Kings 22:1:1-38. In this record King Ahab who was the northern King had invited Jehoshaphat the King of Judah to go war with him against the King of Syria. The reason why the King of Israel had invited the Jehoshaphat to join him in battle was because he wanted to reclaim the territory of Ramoth Gilead which they had lost to the enemy. As Jehoshaphat agreed to go to war with King Ahab, he requested that they first seek a word from the Lord if they should go forth in their military campaign.

The northern King called his four hundred prophets to share what they felt what the Lord would say to them about taking back the territory of Ramoth Gilead. The reason that Ahab decided to call these prophets and not the prophet Micaiah was because he desired not to hear the heart of the Lord. However, after hearing their words which they spoke, Jehoshaphat felt that their word was not the true word of the Lord. He then turn to Ahab and said to him is there not another prophet of the Lord that could share the word of the Lord? It was then that King of Israel admitted to the King of Judah that there was a prophet name Micaiah who could speak what the Lord really wanted to say but he was locked up in prison. When he came before the two kings, he shared the word of the Lord but in the end both men chose to accept another source which would give them what they wanted.

Don’t stop at the halfway point

When the Lord finished speaking to Abram about the seven blessings that He would establish in his life, the word of God tells me that Abram left his country. In his obedience to the Lord Abram obeyed by faith and not being moved by his age or what he left behind.  Sometimes the testimony of Abram’s life is not always the same testimony for us when we attempt to do what the Lord has called us to do. Like Terah who was Abram father, he started out going in the direction that he felt the Lord wanted him to go in, however, over a process of time he stopped at a halfway point (Genesis 11:27-32). Prior before Terah leaving his native land, the word of God tells us that he had three sons which all got married. His first son was name Abram, his second one was Nahor and his third one was Haran which had died later on in the land of the Ur of the Chaldeans.

The word of God does not go into details about how Haran died but I can only imagine that his father took his son death very hard. As Terah left to go to the land of Canaan he came to a place called Haran were he settled there for the rest of his life. What was it in Haran that cause Terah to get stuck at a halfway point in his life? I believe there are two possible reasons why Haran got stuck. The first one was the concern that he had taken his focus off of the destination and placed it on his age. A second concern that Terah may have had I believe was from being in Haran brought back painful memories of his son no longer living with him.

Some Bible scholars believe that Terah got stuck in Haran based upon his inability to continue his journey because of his age. The word of God tells us that Terah was 205 years old when he died in Haran. Prior to his death he would have possible spend seventy-five years in the land of Ur of the Chaldeans and one hundred thirty years in Haran. According to one commentary the Believers Bible Commentary on page 48, the writer refers to Haran as “the wasted years or the years without progress”. His time of living there was just waking up in the morning and lying down at night and not making in real progress with his life. When a person allows their age to become a hindrance to them it can cause them not to make any significant progress in their life. They may feel they are too old for the Lord to use them or they feel they can no longer improve themselves either academically, professionally or spiritually. However, because they are focusing too much on how old they are the days and months of not being productive becomes years without making in godly progress.

A final reason why we could get stuck in the halfway point in our life is because we could allow the painful memories of a love one not being with us to distract us. If it is in regards to a family member that is no longer with us, the memories which can be sometime difficult can cause us to be affected by grief and sorrow. If we fail to bring those thoughts under subjection to the word of God, we can find our day being unproductive and our years wasted with nothing accomplished. Our Father is the God of all comfort and the Father of mercies and is able to provide us His comfort and peace (2 Corinthians 1:3-4). In 2017 we have to make up in our minds that we will not wait another moment of our lives that God has given us. Our loves would want us to move on and do what the Lord has caused us to do and not get stuck in Haran or to get stuck in the halfway point of our life.

5 thoughts on “Recognizing the Father’s Voice”