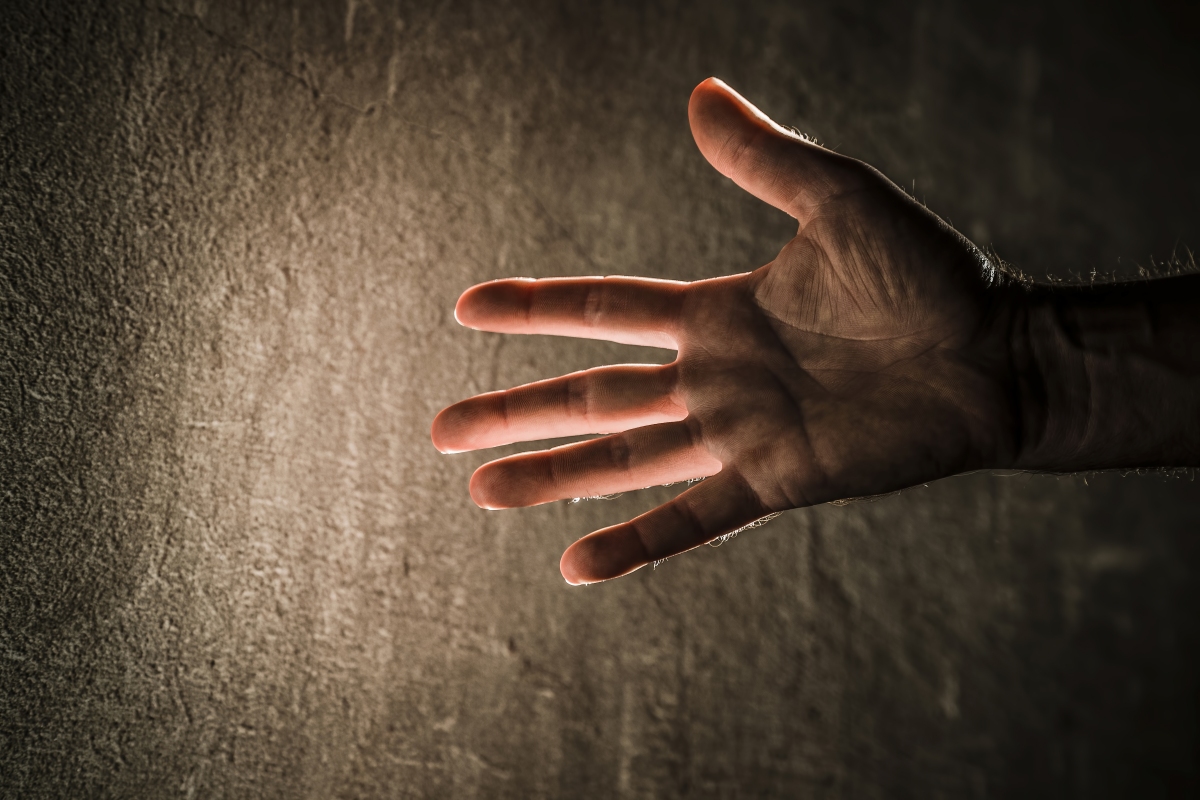 In the New Testament there were four physical ailments that the Lord Jesus healed men from during His three years of ministry. I am not implying that they were not other physical ailments that people had or were less important to Jesus. However, when we read in the word of God you will learn that Jesus healed men that had leprosy either by the spoken word or laying His hands on them (Luke 5:12-13 & Luke 17:12-19).

He also healed men that were lame who were mention as being a part of the multitude that were brought to Him and were laid at His feet (Matthew 15:30). Also during the Lord’s ministry, He healed men that were blind either from their birth or another that casted away his garment crying out to receive his sight (Mark 10:46-52 & John 9:1-11). Finally, the word of God speaks about men who were healed from having a withered hand being at the pool of Bethesda or in the synagogue where the Pharisees had no intentions of wanting to help him but use him to accuse our Lord that He did not respect the Sabbath ( John 5:1-4 & Matthew 12:9-10).

When a man suffered from leprosy he was not only shut out from his community but he was also shut out from having a relationship with the ones that really matted in his life. If a man was lame he could not walk on his own and always had to depend upon someone carry him so that he could go to a place and beg for money. If a man was blind he did not have ability to see naturally or have the ability to see the vision that God had for his life. If he was a man who had a withered hand, he did have the ability to embrace those that he loved or even play catch with his son. I believe the Lord is calling the church and men of God in 2018 to be healed of their withered hand condition in their lives. The Lord wants us as the church to stop giving place to religious people and to stretch out on His spoken word and to be about our Father’s business.

Then saith he to the man, Stretch forth thine hand. And he stretched it forth; and it was restored whole, like as the other (Matthew 12:13).

A man who had a withered hand could not use his hand like a regular person could in his daily life. By his hand being deformed he would not have the strength that was required to allow him to perform manual labor which was done to financially support himself. The lack of strength in the one hand would cause a man to have to use his other hand to overcompensate of not having the use of his right hand. If the man’s father had been a bricklayer or a carpenter like Joseph, because of his hand being withered he would not be able to carry on his father’s name by the word of his hands (Matthew 13:55). The word of God does not tells us the name of the man who had this withered hand who was in the synagogue. It does not tell us what tribe he was from, his age or how long he had this condition. However, what we do know about him is that he had become the object of the Pharisees purpose to try and discredit Jesus and the life He lived before all men.

I believe this is the hour and the season that the Lord wants to impart strength to men. Not only does the Lord want to impart His strength to us but He has anointed us to walk in His authority. In Luke 10:19, the word of God says “Behold, I give unto you power to tread on serpents and scorpions, and over all the power of the enemy: and nothing shall by any means hurt you”. This power or authority we have been given is delegated authority which has come from the Lord. When Jesus defeated the enemy at the cross and rose from the grave, He ascended up into Heaven and was seated at the right hand of the Father where He is interceding on our behalf (Hebrews 10:12-14). What causes a man to have a withered hand condition is sin in his life? The answer I believe is when we have sin and in our live which can cause our fellowship with the Father to be broken. If our fellowship with the Father has been broken then by our repentance and returning back to the Lord, will help to restore the authority that we should walk in the name of Jesus. The Lord desires for us is to stretch out in His authority so that when we lay our hands on the sick they will recover as well (Mark 16:15-18).

Another way that the Lord wants us to stretch out in faith in 2018 is to keep our focus on Him and not own people who are religious. During Jesus time on the earth there were many religious sects that promoted what they believed over what the law of God taught them about loving God and His people. There was one religious sect which was called the Sadducees, another called the Herodians and a third one called the Zealots, However, the one religious sect which constantly tried to discredit who Jesus was and would not accept that He was the Christ was called the Pharisees. The Pharisees were group of men who separated themselves from the masses for the purpose of studying and the interpretation of God’s law. As a religious group they had control over the synagogues and saw obedience to God was through obeying God’s commandments. However, when Jesus came to fulfill the law to show all men how they could once again have a relationship with God they rejected Him as being the Son of the living God. They allowed their interpretation of God’s law to become distorted through their traditions which hardened their hearts toward God’s Son. We read throughout the Gospels how the Pharisees were constantly plotting and seeking to kill Jesus because they were threaten by Him.

When the Pharisees asked the question was it lawful to heal on the Sabbath, they’re asking the question was not for the benefit of the man being healed of his withered hand. However, their reason for asking this question to Jesus was for them to try accuse Jesus of not obeying God’s law regarding the Sabbath (Matthew 12:10). Religious people in my opinion are control freaks. They are the people in the church were the Senior Pastor has given them an assignment to carry out but they fail to faithful in completing it. Their failure to complete work is due to them trying to be involved in to many things which God did not call them to but someone else was. They are the people who refuse to step aside but only hinders the flow of ministry to the people who need it. The ones who should be involved in doing the work then draws back because of those who want to have a say in the matter. However, the Lord is calling us to not draw back from the work but to stretch and heal those who have a withered hand condition. To stretch out on what God is saying for you to requires a quality decision to not allow other people to control your life.

After Jesus had addressed the Pharisees question was it lawful to heal on the Sabbath, Jesus then turned His attention to the man with the withered hand. Earlier before going into the synagogue, Jesus had told the Pharisees that “the Son of man was the Lord of the Sabbath (Matthew 12:8)”. He revealed to them that the Sabbath was made by God to be a blessing to man and not to put him in bondage to the Sabbath. The Lord demonstrated that it is the spoken word of God which could bring restoration in the areas of life where we are hurting. When the spoken word of God in acted upon by the one who hears it, it will activate in them the faith to do something they never had the ability to do before. In Hebrews 4:12 it says that “the word of God is quick, and powerful, and sharper than any two edged sword, piercing even to the dividing asunder of soul and spirit, and of the joints and marrow, and is a discerner of the thoughts and intents of the heart”. The Lord told the Prophet Jeremiah “that His word is like fire and His word is like a hammer that breaks the rock in pieces (Jeremiah 29:29)”.

Our response to God’s spoken word to us must be a demonstration of our faith and our human will. When Jesus commanded the man to stretch forth his withered hand, he did so out of faith and his will. His obedience to the spoken word from the Lord was rewarded by not only having his hand healed but it was restored to the level of strength that his other hand had. Through the spoken word which we receive by faith, it will reward us with a level of strength in the areas of our life which was withered In Hebrews 11:6, the word of God lets us know that our “God is our Rewarder and it we diligently seek Him, He will reward us”. As we stretch out on God’s word it will give us the ability to accomplish the desires He planted in us but in 2017 we felt we could not do it. If you have been in a period of waiting, I encourage you my brother do not grow weary while you wait on the Lord. If feel you have lost your desire to want to be healed of your withered hand condition, the Lord is able through the spoken word to restore it once again. The Lord says to you my brother stretch out your hand and He will restore it so that you can stretch out on what He ordained you to do for His glory.

2 thoughts on “Stretch Out”