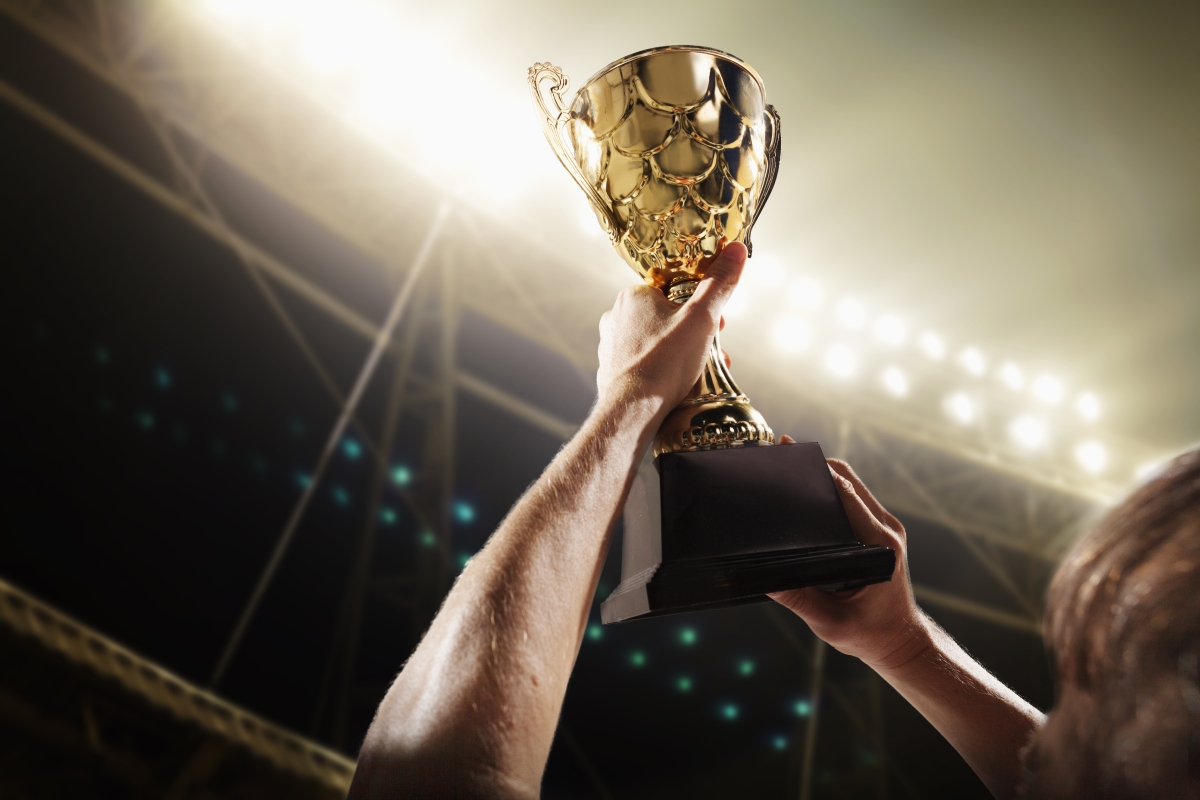 At the beginning of every New Year, our professional and collegiate sports seek to crown new champions in their perspective sports. In the month of January, the NCAA College Football have their final four teams compete against one another. The winners from those two games leave the final two teams facing one another in the National Championship game. In the month of February, the National Football League concludes their playoffs to get down to the final two teams who then face one another in the Super Bowl. In the month of March, the NCAA College Men’s Basketball has their March Madness tournament. Over sixty-eight teams compete against one another to determine the final four teams who compete for the championship in the month of April. Each of these games has stadiums and arenas packed with fans cheering for their professional and college teams. The fans who cannot make the games packed their local sports bars and their living rooms with friends watching championship sports on their giant flat-screen televisions.

The sports athletes in professional and collegiate sports compete at a very high level every night understanding one team will move on and the other team will lose. There are some teams and players who fail to play at the level of a competitive team to become the best in their sport. However, the team and players who want to become champions, have to put the team first over wanting to have the individual highlight plays aired on Sports Center at the end of the night. To play on a championship team and not just one who happy to make it to the big dance requires commitment, sacrifice and of character that my team is going to win it all. The player who wants to be the one lifting up the championship trophy has to be consistent with having a champion’s attitude all through high school, college and professional sports.

But thanks be to God, who gives us the victory through our Lord Jesus Christ.
Therefore, my beloved brethren, be steadfast, immovable, always abounding in the work of the Lord, knowing that your labor is not in vain in the Lord (I Corinthians 15:57-58).

The things which I mentioned above are all based upon a player pure skills, talents and his attitude toward the game. However, for the believer, his ability to live in a champion’s anointing is based upon him having the Spirit of God on the inside of him. A champion’s anointing for the believer is allowing the word of God to transform his character into having a godly character. A person who lives in a champion’s anointing understands that his life is a witness to others to experience God’s presence is with them. The word of God says in 1 John 2:27 “But the anointing which you have received from Him abides in you, and you do not need that anyone teach you; but as the same anointing teaches you concerning all things, and is true, and is not a lie, and just as it has taught you, you will abide in Him”. In the Old Testament, the anointing of the Lord was poured or smeared upon a person’s head anointing them for the service of the Lord. However, in the New Testament, the anointing of the Lord is experienced in our lives by receiving the baptism of the Holy Spirit to be empowered by Him to live as more than conquers in this challenging world.

The work of the Lord

The second thing that the Holy Spirit revealed to me was that we as believers must be committed to the work of the Lord. The sports athletes and teams they are a part of are committed to winning a championship from the beginning of training camp. A team understands that the goal is not to go undefeated and not a game during the season that play against their other opponents. When a team finally loses a game they are determined to learn why they fell short and to prepare themselves for the next game the following night or following week. A player with a championship mentality understands that he has to keep himself in the best shape that he could possibly be in all throughout the season. If by chance that he or a teammate does experience an injury that sidelines them for a period of time, they will put in the rehab time needed to get themselves back on either the court or the playing field.  Each player on a team understands that to become a champion in their sport will cost them a lot of pain, sweat, and tears but it is a price they are willing to play. The player or players will be the ones either always on the bench or never making the team at all.

The same way that a collegiate or professional player understands the cost to become a champion, we took as believers must understand the cost to the work of the Lord given to us. To be able to count the cost of the work of the Lord means we put our hands to work in the Kingdom of God and not look back. In Luke 9:62, Jesus told His followers and His disciples that “No one, having put his hand to the plow, and looking back, is fit for the kingdom of God”. The assignment we received from the Lord is not something we should do based upon on if we feel it is convenience but we do it out of a heart that is committed from love to the Master. When we have faced adversities, setbacks, and difficulties, it is the strength of the Lord that will help us to stay committed to the work of the Lord. This is why the Apostle Paul encouraged the Corinthian believers in 1 Corinthians 15:57-58 to be “steadfast, immovable and always abounding in the work of the Lord”. To have a champion’s anointing in your life enables you to stand strong and not quite knowing that God has made you victorious.

You are a champion

Finally, the third thing that the Holy Spirit impressed upon me was that we as believers must have a renewed mind by the word of God that we are champions in the Kingdom of God. A sports athlete who has a limiting belief about their ability will never truly fulfill their full potential until they rise above that limiting belief about themselves. There was a story about a man who had a dog and when he opened his front door, the dog ran out to get outside to play. Sometimes though the dog would run out when the door was opened by his master, he would go out into oncoming traffic which he almost got hit and killed. The person of the dog decided to help keep his dog safe and when he came outside to play, decided to put an electronic barrier and collar on the dog. If the dog when passed the electronic barrier, the dog would experience a small static shock which let the dog know it had gone too far. After a while, the dog became aware of the unseen barrier and would not go in further to prevent himself from being shock by the barrier system. The owner of the dog even one time turned the electronic system off and encouraged his dog to come passed the barrier but the dog refused. In the dog mind if it when passed that invisible barrier, it knew that the consequences of him or her doing was this uncomfortable static shock.

As believers there are different types of limiting beliefs that we must learn to overcome in our lives. There are some of us who have the limiting beliefs that we have about what we can or cannot accomplish because of how young or how old we are. Also, there are those of us who have limited beliefs that are founded the color of our skin, our level of education, or if we are male or female. Like the story of the dog owner and his dog, there are invisible limiting beliefs that we allow to hold us back because of our fear of pain, fear of failure or rejection from others. However, if we are saved and we have the Spirit of God living on the inside of us there is no limiting belief that can keep us from accomplishing what God has called us to do. We have the responsibility as children of God to have our minds renewed by the word of God that through Christ we can do all things through Him (Philippians 4:13). You have a champion’s anointing my brother which will empower you to overcome any type of limiting belief that you may have before you. The word of God says in Deuteronomy 28:13 that “you are head and not the tail, you are called to be above and not beneath”.