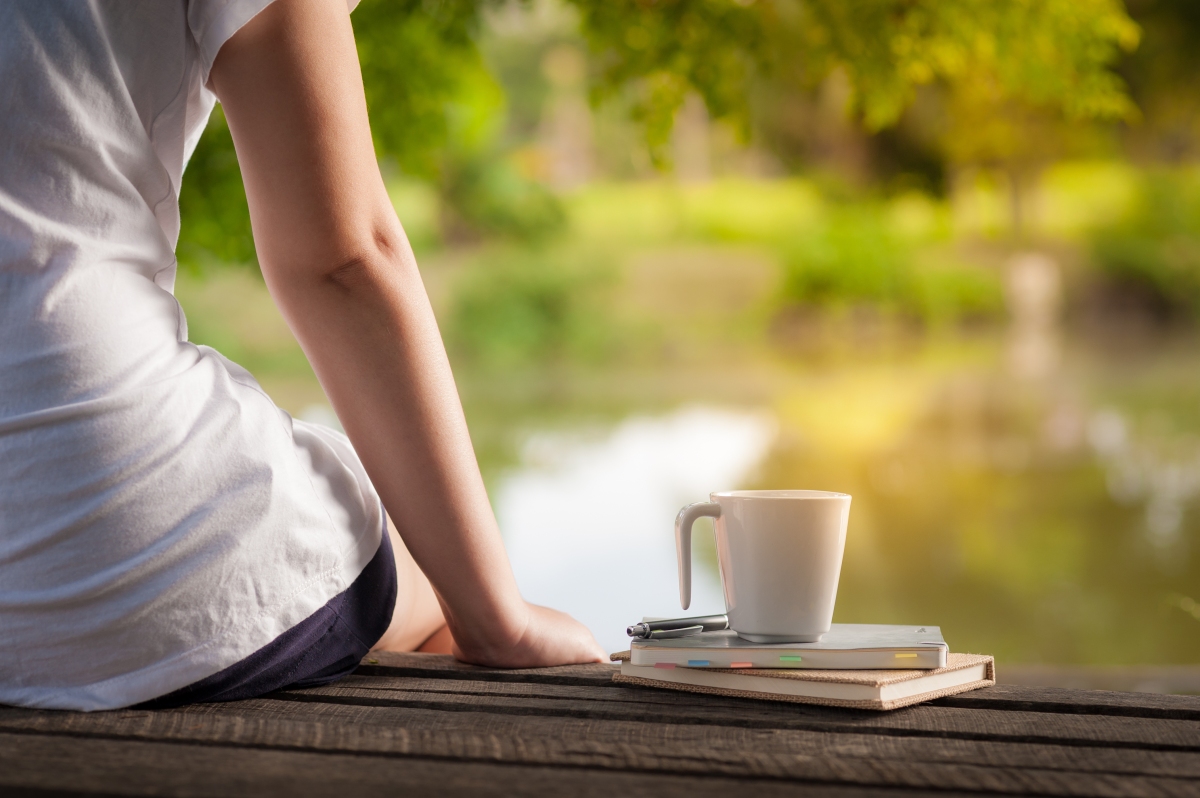 When a crisis happens to us it can sometimes be very upsetting and cause us to have a cloud of uncertainty over us. I remember one time went I went to the eye doctor to have my eyes examined by the optometrist. I had been having some trouble with my vision and it had been over five years since I had my last eye check-up. As the eye doctor was doing her examination of my eyes, she kept noticing that I was having difficulty with my peripheral vision. The eye doctor requested that I take a special eye test which she felt would help her better determine why I was having so much trouble with my eyes. When the results came back from the test, she felt that I was possibly losing my ability to see things or people who were in my peripheral view. The doctor began to discuss with me the possibility that maybe I would have to stop driving because she felt my peripheral vision could be a danger to me being on the road.

Well, I tell you when I and my wife heard that news I took it very hard and felt this could not be happening to me. The weekend before I had just driven to Detroit, Michigan which was over six hundred and sixty-three miles to see my family. I told the doctor that I felt I had no problem driving on the road either if I was driving a short or long distance. However, what I did notice with my driving was that I felt myself driving less and less at night. If I was traveling on a road that had very little street lights, I would try to find a better well-lighted road to get to the place I was going. The doctor then told me and my wife that she would not recommend me to stop driving yet but that I should get a second opinion from an eye specialist she would recommend to give a second opinion on my eye condition.

Our God says, “Calm down,
and learn that I am God!
All nations on earth
will honor me”.

The first thing that the Lord wants us to learn in the midst of a crisis is to learn how to calm down. .When we receive news about a certain issue in our life that is not good we should not allow that news to cause us to fall apart. We should not allow our emotions to have us in a place where it can be hard for us to hear from the Lord Going through tough things in our lives is just a part of life and we have to learn how to work through hardships as they happen to us. We bare our soul to anyone we think would be willing to listen but failed to come to the one who made us a living soul (Genesis 2:7). The Psalmist once wrote “what needless pain we bear when we fail to take everything to the Lord in prayer. To make important decisions about our lives while we are hurt, offended, or upset will only result in much bigger problems for us. However,  when we take the time to calm down, pray, and think through things with a clear head, the Lord will provide us the wisdom that we need to move forward in our life.

Throughout most of the Old Testament, the word Selah is mention in the Bible seventy-six times. In the book of Psalms, the word Selah is mention seventy-one times. The word Selah means “to pause and to calmly think about that”. When the Lord speaks to us in the midst of our just winds that are blowing around us, we choose to place our focus on what He has said and not our storm. When the winds of stress and worry are blowing at Hurricane-force speeds, the Lord want you to stay calm and rest in Him. When the winds of fear and uncertainty banging against our faith, the Lord wants us to stand still and see the salvation of the Lord (Exodus 14:13). Our present situation will not become our final conclusion because our times are in the Lord’s hands (Psalms 31:15). The word of God says Psalms 107:29 “He maketh the storm a calm so that the waves thereof are still”.

The second thing that the Lord wants us to learn in the midst of a crisis is to focus on knowing who God is. There is a difference between knowing about someone and knowing a person intimately. When two people began dating one another they begin a process of learning what their favorite foods are,  their favorites colors, and what they are passionate about in life. Two people who spend time together, to learn about each other’s family upbringing, history, and background. The dating process between a man and a woman helps them both to know what is important to each of them and what is not. However, at the same time if that couple is moving too fast in the dating process without investing the time to get to know each other it will cause problems between the two of them. If a man and woman allow their dating period to be consumed by a physical relationship, their focus will be more about sex and less about knowing one another. The focus between the two of them will be more on what turns each other on versus knowing what type of character each of them has or doesn’t have. The warning signs that pop up in a relationship with a couple to slow down are ignored because their focus is no longer about getting to know each other the right way.

In our journey of faith with the Lord, He does not want us to have a relationship with Him by just knowing about Him. The Lord does not want us as His children just to be familiar with His word and read it once in a while throughout the year. Intimacy with the Lord is birthed through our times of prayer and growing in the word of God. The more we spend time in God’s word, the more we learn God’s character, His will, and His heartbeat for the souls who are lost. The word of God says in John 17:3 “And this is eternal life, that they may know You, the only true God, and Jesus Christ whom You have sent”. The Father will give us as His children a fresh revelation of Him each time we commit ourselves to be still and seek to know Him. We will know that Psalms 46:1 declares that “God is our Refuge”. We know that Psalms 47:2 declares that “God is the King of the Earth”. We will know that Psalms 48:1 declares “Great is the Lord and “greatly to be praised”. The time that we spend studying God’s word will really help us to be delivered from panic attacks and learn to calm down in the Father’s presence. Finally, spending time meditating on who God is, will help us to realize there are no problems in our lives that are greater than our God.

Finally, the third thing that the Lord wants us to learn in the midst of a crisis is to know He is exalted above every circumstance in our lives. In our society today we see man legislating all types of laws that are contrary to the word of God. On a state level, the government has passed the law to make marijuana legal as a recreational and medical drug that people can take. Men totally ignore the harm that the drug causes to a person mind, their health, and derail their life. Our government has also passed laws to make same-sex marriages legal and to have the same marriage rights as a husband and a wife. The wickedness of man’s heart is in total rebellion to God’s law that mankind laying with the same kind is an abomination before the Lord (Leviticus 18:22). Our government wants to blur the lines when life begins and should end by killing babies while they are in a woman’s womb. Our country exalts what it feels is right to do in its own eyes more than living as a nation that pleases the Lord.

Despite all of these terrible things that our nation has embraced, the word of the Lord still declares in Psalms 46:10 “I will be exalted among the nations, I will be exalted in the earth”. The name El Elyon means “The Most High God or Exalted One“.  The Lord doesn’t want us to be moved by the things that are happening in these last days. The special interest group in our government have passed laws to make marijuana legal in most of our states that still won’t stop our God from being exalted and His commandments being the final authority in our lives. The enemy has launched his assault against God’s original plan for marriage through the laws that men pass in our country. However, despite all of the things happening, our God will be exalted in this nation and in all the Earth. Our God in His grace and mercy gives all men, women, and children the opportunity to humble themselves and turn from their wicked ways and surrender hearts to the Lord. However, if we as men continue down this dark path of sin and rebellion against the Lord, He in His time will humble the hearts of stubborn of men. The word of God says in Isaiah 2:10-11 “Enter into the rock, and hide in the dust, From the terror of the Lord And the glory of His majesty. The lofty looks of man shall be humbled, The haughtiness of men shall be bowed down, And the Lord alone shall be exalted in that day”.

One thought on “Calm Down”